The following Historical Management Blunders came from a variety of sources and reflects our strange sense of humour. We hope you enjoy them as much as we did putting them together.

First of all, while doing our research for historical management blunders, we came across this handy explanation from Dilbert, "Why projects fail".

The Edsel From Ford

In 1959, Ford spent $250 million developing the Edsel car, a rather classic style of car. After two years on the market, all production of the Edsel was stopped as it just would not sell. Experts felt that the classic style was simply the wrong style for that time.

The loss was $250 million (or the present day equivalent of 1.85 Billion Dollars after adjustment of inflation rates since then)

In 1999, Nasa decided to work with Lockheed Martin on the building of their satellite that was to orbit around Mars. It ended up being lost in orbit arising in losses in the tune of $125 million for Nasa.

In 1998, Mercedes Benz in Stuttgart merged with Chrysler and formed Daimler Chrysler. The merger cost $37 Billion. In 2007, it became obvious the merger was not going to work and Mercedes sold Chrysler again at the dumping price of $7 Billion.

The consolidation of AOL Time Warner is perhaps the most prominent merger failure ever as executives at both companies sought to capitalize on the convergence of mass media and the Internet.

AOL bought Time Warner for $182 billion at the peak of the Dot Com Bubble. Nine years later, when the dot com bubble burst, Time Warner spun off with a market cap of $36 billion -- a $178 billion loss. The newly separated AOL was valued at only $2.5 billion.

Bank Of America and Masternet

In February 1988, hardware problems with their Trust accounting system called "Masternet" caused the Bank of America to lose control of several billion dollars of trust accounts. Now while all the money was eventually found in the system, all 255 people—i.e., the entire Trust Department—were fired, after all the depositors withdrew their money.

Bank Of America spent $60M to fix the $20M project before deciding to abandon it altogether.

As a result the Bank of America fell from being the largest bank in the world to position No. 29. 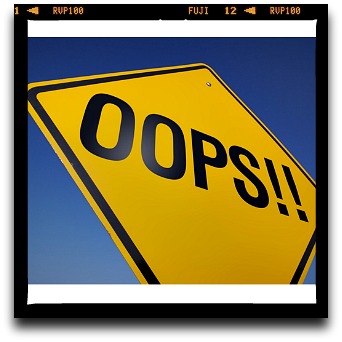 Not quite so historical but soon to be in with a winning chance of a prize in this sector, Hewlett Packard.

In 2010, Hewlett-Packards CEO boasted that it was the largest IT company in the world and still hadn't reached full potential. Unfortunately since then there have been two new CEOs and their market capitalization has fallen through the floor.

As a result of frequent changes in TOP Management, employees don’t quite know which way the company is ran and whose plan to follow. In addition to this confusion, each new CEO has cut staff, laying off up to 75,000 employees since 2005, which in itself does nothing for employee morale. There have been major cuts in budgets, in particular in the Research and Development sectors. This was a poor business decision because they are a technology firm and with technology everyone wants the newest, most updated model.

Hewlett Packard also has a major debt to pay off. The company has spent more than $67 billion in acquisitions since 2001.

They are now over $5 Billion in debt.

Advertising is always a good old source for amusing historical management blunders.The following blunders I found particularly worth a read:

For more on Management Skills, look at these interesting pages.