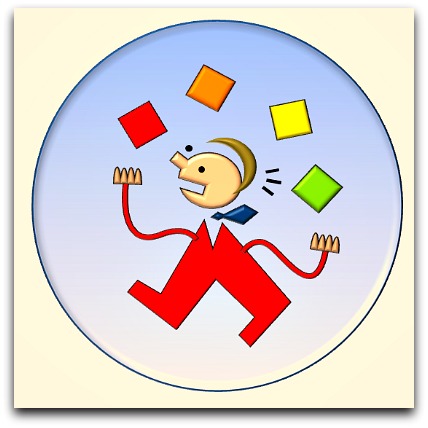 Getting your time management prioritized is critical to success. If you are not going to give your improvement efforts top priority, how should you ever master these skills.

Stephen Covey in his first book “First Things First” gave us the Priority Matrix. Also known as the time management matrix, it gives us a framework for prioritizing work. All of which have the purpose of reaching some long-term goal or another.

How To Set Priorities

Events or issues are classified as being

Stephan Covey believed that we should ignore our desire to skip over issues we see as “Important but not urgent”.

Quite the opposite, we should focus clearly on these very matters in order to be effective!

This is called: getting your priorities right!

Idea 1:  Do one important thing at a time but several trivial things simultaneously.

Idea 2:  Do something productive while you are waiting for other jobs.

The Idea Of Multi-Tasking

The idea of doing multi-tasking should only be carried out with trivial or menial jobs. Our brains cannot cope with too much information overload and, with important issues this can have poor and even dangerous results.

The best / worst example of trying to multitask is talking on mobile phones while driving.

Apparently people who were talking on their cell phones while driving are more involved in rear-end collisions and sped up slower than drivers that has over the legal limit of alcohol in their blood.

Because the brain cannot focus on two sources of input at one time, driving and listening or talking, constantly changing input provided by cell phones distracts the brain and increases the likelihood of accidents.

A British psychologist Professor Laws, was widely reported to have provided the first evidence that females were more capable of dealing with several issues simultaneously. Women were also deemed to be more capable of getting their time management prioritized.

Studies have also shown that the Generation Y (up and coming youth) are far more advanced at multitasking than members of older generations. Perhaps the steep increase in multimedia and those influences have lead to this huge change.

One way or the other, this rule allows for higher efficiency by asking you to consider doing several trivial tasks at one time. You can accomplish more by doing more than one thing at a time when the tasks are routine, trivial or require little thought.

Make a list of some 5 or 10 minute discretionary tasks.

Discretionary tasks are little tasks that are important and only need a short time to complete. They have no deadline and can be carried out at your own discretion.

You will have your daily plan laid out. But as with all plans things will change. Sometimes you will find yourself with an extra 20 minutes where you can execute some tasks.

If I don’t have them listed, I often place these items in a special folder called “Miscellaneous” and I regularly check them. Amazingly or not, that folder is never empty!

The tasks are usually of non-urgent nature and should be done sometime in the near future, for example:

This rule helps to use the small bits of time almost everyone has in the run of the day. You may be waiting for a meeting to begin, or a meeting has ended early, between meetings or events, talking on the phone, etc.

Beware though, of spending all of your time doing these small discretionary tasks while letting high-priority items go unattended.

Also be aware that while workload is a massive stressor, constant brain activity can lead to overloading too. There should always be time for quiet reflection. We are not robots.

Take this time to prioritize the changes you are making. They do say it takes 21 days to change a habit - but in order to do that, you have to spend the 21 days getting your time management prioritized!