How to do a Forcefield Analysis

A Forcefield Analysis is a short but really very effective method that I personally like to use a lot. It can be used to assess any situation in order to develop a strategy or a way to deal with that situation successfully.

The main idea is to list up the influences or forces on a situation both positive and negative and to balance them out.

Illustrating these forces in the following diagram makes the situation all the more easier to visualize. 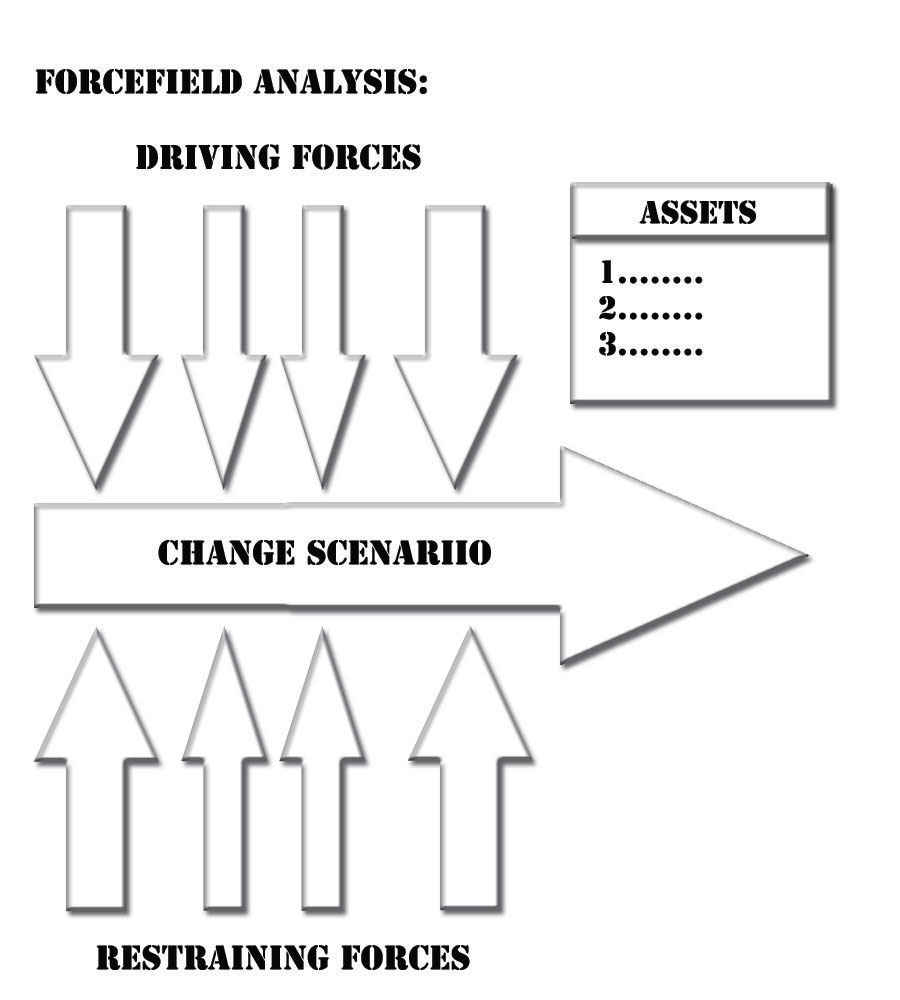 The influences or forces supporting the positive outcome of the situation are termed
“the Driving Forces”.

The influences or forces working negatively or against a positive outcome are termed “the Restraining Forces”.

The "Assets" are those factors that may contribute to a positive outcome in the situation, but you have very little influence over them. By this we mean those issues that could help you reach a favorable outcome, i.e. Next Year's budget, New legislation, Market trends, (conservative boss going into retirement?) or similar.

When do you use this analysis method?

This type of analysis is mainly used in Change Management, Strategy Development or Situation Analysis.

The concept originated from the Gestalt theories of the American-German psychologist, Kurt Lewin.

He believed that situations are maintained by dynamically balanced patterns of forces. He concluded that problem-solving or change management involved modifying the balance so that the situation can lead to the desired outcome.

How to do this Analysis

The analysis can be carried out by an individual or by a group. It is a brief analysis that maps out a scenario for exploring, prioritization or planning purposes.

An Example of A Forcefield Analysis

In this case I have used a simplistic scenario for this forcefield analysis, I will admit it. I find understanding these concepts is easier when we apply them to run-of-the-mill situations.

In this case, it concerns getting a coffee corner placed in the office. 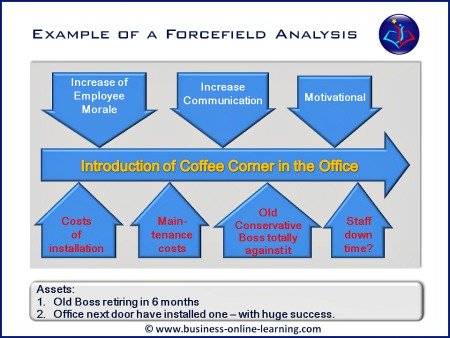 Example of a Forcefield Analysis

As we can see, there are several important points "FOR" the situation and several "AGAINST" and we also have a few assets.

I placed the different aspects on either the driving forces side or the restraining sides, depending on how I viewed them - a help or a hindrance?

I attributed a general arrow width as to how large a force this is likely to be. One thing is for sure, my old conservative boss is the major issue to be dealt with before I can get that coffee corner in place!

The idea now is to put together a couple of ideas how you can push the positives and counteract the negatives so that you reach your goal.

In this situation, I would go for the following Action Items:

Certainly, one great asset is that the other office has already introduced the coffee corner with great success. And the other asset is that if all else fails, I wait until the boss has gone into retirement in 6 months. 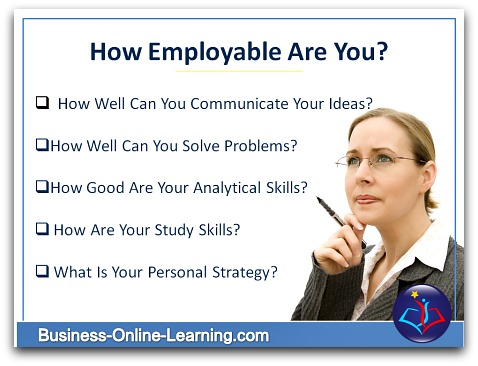